What Is in a Name? 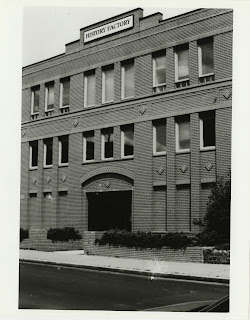 When I got married a few years ago, I faced an identity issue common to many modern women—do I change my last name? While the emotional, family-oriented side of me felt that building a new life with my husband most certainly meant that I would share his name, the ambitious, career-oriented aspect struggled with the idea of shedding my past. I was afraid that all the history I had built as Sandy Kolman might somehow be overlooked or forgotten if I re-entered the business world as Sandy Laycox. In the end, I couldn’t cut the chord. Sandy Kolman Laycox it is.

But even though I can make my name as cumbersome as I want, businesses don’t have the same luxury. Quick and catchy is key. So for those companies seeking a name change—and the numbers are growing in today’s constantly changing business landscape—it has to be out with the old.

For some companies, a name change may be a deliberate departure from the past—creating distance from a tarnished brand or a moniker that no longer accurately reflects the business. As the Financial Times recently reported, when the InterContinental Exchange bought the New York Board of Trade (Nybot) in 2007, it changed Nybot to ICE Futures US to reflect the broader reach of the exchange. “The Nybot wasn’t only about New York,” said Kelly Loeffler, ICE’s vice-president for investor relations. “The idea of it being tied to a certain city seems almost quaint.”

Many other companies, however, don’t want to sever ties with their past or change consumers’ impressions of their business. For them, changing their name can be—as it was for me—daunting, as they face the fear of losing their corporate history, their identity.

But perhaps this fear is unnecessary. History doesn’t have to be lost with a title, as long as the transition is organic. A naturally occurring new name can actually connect the old business with the new.

The same Financial Times article also profiles John Bean Technologies (JBT), which was spun off from FMC Technologies in 2008. When looking for a name for the standalone business, CEO Charles Cannon realized the answer was in the past—with John Bean, the company’s founder. The new name both connected the company’s past with its present and reinforced the original values that made the business successful.

Organic connections can also be made through the physical space a business inhabits. In 1989, The History Factory founder Bruce Weindruch was looking for a new, downtown space to house his growing business, Informative Design Group. While Washington, D.C., is filled with office space for lease, Weindruch’s request for an industrial building was proving quite a challenge for his real estate agent. The agent couldn’t understand the unusual request until in exasperation he announced, “What you’re looking for is a history factory.”

Indeed, he was. The description was so accurate that Weindruch chose it for the name of the building once it was finally found. The History Factory easily fit into the company’s communications: the receptionist answered the phone “Informative Design Group at The History Factory,” and letterheads included the same identifier. Soon, clients began saying, “Oh, just call The History Factory . . .” And the rest is history.

The transition wasn’t intentional, but it was smooth. It didn’t leave behind the past, but instead allowed for the company’s evolution into the future, which is what any new name should convey . . . including mine.