This Month in Business History: The First Commercial Computer At this moment (and at any moment, really) you probably have at least one piece of computer technology on your person, whether it’s a smart phone, smart watch, activity tracker, laptop, tablet, or some new piece of technology released before you finish this sentence. These are stunning pieces of innovation that have become so commonplace and accessible that it’s hard to remember life without them.

But think back to the time when computers were new. No, not the days of clunky desktops whirring along on MS-DOS—before then. Before “Oregon Trail.” Before Atari. We’re going back to 1951—June 14, 1951, to be exact, and the release of UNIVAC I: the first commercially produced digital computer.

UNIVAC, which stands for Universal Automatic Computer, was developed by engineer J. Presper Eckert and physicist John Mauchly, who had previously developed ENIAC (Electronic Numerical Integrator and Computer) in 1945. ENIAC was first designed for the U.S. Army to calculate complex ballistic firing tables. With more than 17,000 vacuum tubes and room-filing heft, it is believed to have run more calculations in its 10 years of existence than all of mankind had done up until that point in history. The computer was housed at Los Alamos National Laboratory, famous for its role in the development of the atomic bomb. Following this success, the two computer pioneers formed Eckert-Mauchly Computer Corporation. The venture ultimately failed and was bought out by Remington Rand in 1950, which utilized the pair’s research to unveil UNIVAC I to the U.S. Census Bureau in 1951. UNIVAC I expanded on the design of ENIAC. Despite having just 5,000 vacuum tubes, it still weighed about 16,000 pounds. It showed its prowess in 1952 by correctly predicting President Dwight D. Eisenhower’s landslide victory—which was unexpected going into Election Day—after just a small percentage of votes were reported.

UNIVAC’s computing power was not the only radical advancement in 1951 stemming from Eckert and Mauchly’s work. Previously, computers used a punch-card system to transfer data, which took up 90% of the computer’s processing time. The pair introduced the UNISERVO magnetic tape drive, capable of writing data 10 times faster. The tapes, sometimes up to 1,500 feet long, were capable of holding 1,440,000 decimal digits and were read at 100 inches per second—a rapid expansion of computing power.

In subsequent decades, UNIVAC I was replaced by smaller machines that used less power and offered more functionality. The last known UNIVAC machines in use were those at Life and Casualty Insurance of Tennessee, which were sunset in 1970 after nearly two decades of service. 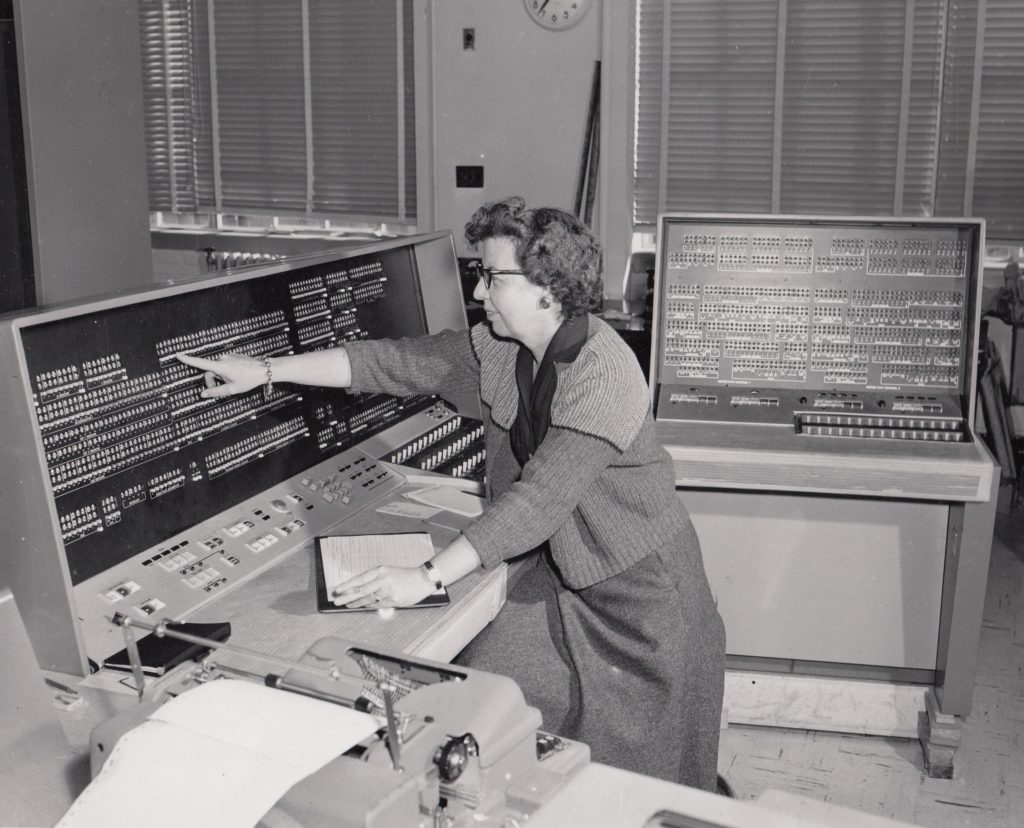 Although short-lived, the tenure of UNIVAC I was impressive for a number of reasons, including the success and accuracy of complex calculations. One Census Bureau official remarked, “We have never found it in error.”

So, next time you connect with an acquaintance on LinkedIn, swipe right on a dating app or stream your favorite show, tip your hat to the technology’s forerunner and the visionaries who made it possible. You’d think it would be onboarding 101. Everyone entering your organization should know the basic… Read More Corporate storytelling now, with the outbreak of the novel coronavirus, has become incredibly important as… Read More In the months before COVID-19 shut down the world economy and halted international travel, leading… Read More